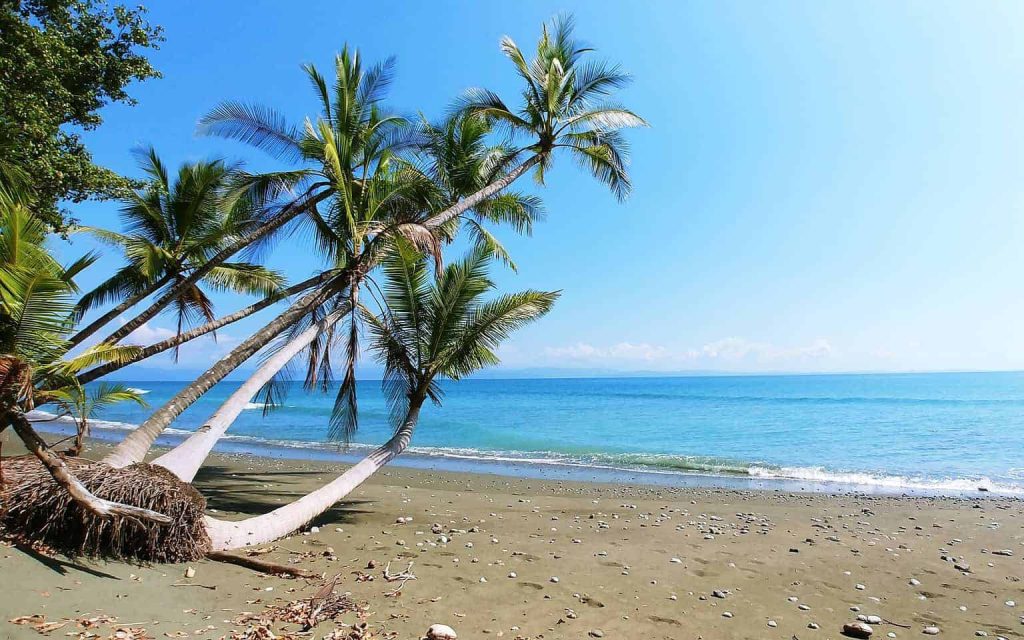 When it’s time for you to find a tropical paradise as the setting for your next vacation, Costa Rica has you covered. Luxury vacation rentals in Costa Rica can provide you with all you could ever imagine in a beachfront getaway and more.

From hassle-free family adventures to romantic retreats, infinity pools to yoga classes, zip-lining through the jungle to a luxury villa in Costa Rica with breathtaking ocean views from multiple floors, choosing Costa Rica for your luxury vacation will never disappoint.

Visitors to Costa Rica experience being utterly awestruck and ecstatic by the sights and experiences of one of the most beautiful countries on Earth for good reason. A Happy Planet Index, which measures environmental impact and human well-being, recently reported that Costa Rica is the most satisfying place to live.

The history of Costa Rica began with the movement of tribes from North American southward during the last Ice Age, which occurred between 13,000 and 17,000 years ago.

Around 12,000 years ago (10,000 BC), human settlement began and is evidenced by settlements found in 2016 along the Reventazon River that are, as of yet, the oldest evidence of human life in Central America.

Between early settlement and the arrival of European explorers in the 15th century, Costa Rica has been the home to no less than 25 indigenous groups, each with its own unique culture and way of life. 24 of these tribes still exist today and live in 8 reserves, including the BriBri and Maleku reserves.

One of the best ways to learn about the culture, art, and traditions of indigenous peoples of Costa Rica is to take a tour of a reserve that offers an income for native peoples, as well as a channel for sharing their history.

For thousands of years before Columbus arrived, civilization existed in Costa Rica, and more evidence is being found to support this. From a large, ancient city with aqueducts east of San Jose to the granite bolas near the west coast, Costa Rica has plenty to offer if you want to witness evidence of the simpler life of thousands of years ago.

The Monteverde Cloud Forest is home to over 500 kinds of orchids, as well as housing Costa Rica’s largest population of quetzals. This species was sacred to the Mayans, who revered their feathers as more valuable than gold.

The preservation of the forest and its people is due in large part to the Society of Friends, a Quaker group who left the United States in 1951 to begin a new life in Costa Rica and established a reserve in 1972.

Imagine immersing yourself amidst 50 percent of all of Costa Rica’s flora and fauna in a luxury vacation rental, complete with a personal concierge to make sure you get the most out of your trip.

Although Costa Rica makes up only 0.03 percent of our planet, it hosts 5 percent of global biodiversity, with about one-quarter of the country being part of a protected reserve or forest.

The Most Stunning Beaches

Simply put, Costa Rica is world-renowned for its stellar beaches and hideaways. Nestled between the expansive shores of the Pacific Ocean and the Caribbean Sea, the country’s beaches are diverse, each with its unique personality.

Visitors to Costa Rica’s beaches are fascinated by rugged beach coves tucked within the tropical rainforest, black volcanic sand, or pristinely white beaches lined with palm or tamarind trees. From untouched shorelines to a luxury beach villa in Costa Rica, there is a perfect beach setting for everyone.

Another gem of a beach setting is Tamarindo Beach, just off the surf town of Tamarindo. The Tamarindo and its beaches offer excellent swimming and surfing, water sports, and fishing. Think of yourself in a luxury villa vacation rental – only an hour from the Liberia airport – but lounging under a cabana with an infinity pool bordered by the shore – all surrounded by lush vegetation and abundant wildlife. It doesn’t have to be just a dream.

Playa Conchal offers amazing views of the Pacific Ocean, and a Costa Rica luxury vacation retreat in this area would include views of mountains, as well as pristine golf courses. On the flip side, Costa Rica’s Southern Caribbean Coast offers Punta Uva and Manzanillo beaches, both well-known for their coral reefs and fantastic snorkeling.

To many, it may be hard to believe that a product such as coffee could play such an essential role in Costa Rica’s history. However, the truth is that a large chunk of the country’s development over the last two centuries has centered around the coffee sector. Without large coffee plantations in places such as Tarrazu, Costa Rica would be extremely different today.

Money made from Costa Rican coffee plantations is invaluable for the country’s economic development, and profits have allowed for major construction projects, such as Costa Rica’s first railway in 1890. Known as Ferrocarril al Atlantico, the railway transported coffee beans to the Atlantic coast to be exported to Europe.

Also, the National Theater in San Jose – constructed in 1897 – is considered one of Costa Rica’s most exquisite examples of architecture and was built to showcase the economic success of the country’s coffee industry.

Today, coffee stands as Costa Rica’s third-largest export, even taking into account tourism. Britt Coffee, along with other companies, has even combined coffee and tourism to attract thousands of visitors every year. Tours of plantations, such as those in the Tarrazu Valley, including showing off the manufacturing process and promoting environmentally sustainable methods.

Bottom line: Costa Rica has damn good coffee. Why? It seems that the rich volcanic soil, high altitude, and cool climate have created the ideal environment for highly regarded Costa Rican coffees with their unique aromas and clean, light flavors.

The arrival of Olive Ridley sea turtles on the Pacific shoreline is by far one of the most awe-inspiring experiences to be had in Costa Rica. Enough said.

Also, many cities and towns have locations for booking an invigorating canopy tour, kayaking or rafting, or horseback riding.

Thinking about becoming a bird enthusiast in your retirement? Or maybe even as a hip, young executive? If so, Costa Rica should be on your bucket list. With 52 different species of hummingbirds, it might take the rest of your life to see them all.

If you want to ponder a mystifying hue of blue, one that may defy the requirement of a proper name, Rio Celeste in the Tenorio Volcano National Park is sure to please beyond measure. The magical color occurs when two clear water rivers unite, forming a mineral coated in aluminum, oxygen, and silicon. Between these minerals and the reflection and suspension of sunlight, a surreal hue of blue is created.

It’s Peaceful, In More Ways than One

There is nothing more peaceful than an oceanfront vacation rental as in a luxury vacation retreat in Costa Rica, but this wonderful country takes peacefulness to a whole new level, with the country forbidding a standing army since 1949 and being the home of the United Nations University for Peace.

One possible indicator of Costa Ricans’ overall happiness and peace while living “La Vida Pura” is the life expectancy in the country, with residents in the Nicoya Peninsula frequently living beyond 100 years of age. Most Nicoyans make their living farming or ranching, a simple life that is conducive to longevity. Costa Rica has lots of lessons for a generally fast-paced society, and it’s easy to have a centered mind in such a lush and calming environment.

A Wealth of Spectacular Natural Environments

Costa Rica has been a long-running eco-tourism destination and is well-known for its huge variety of natural environments. This small country that is the size of West Virginia offers rainforests, volcanoes, waterfalls, tropical beaches, rushing rivers, looming mountains, and more.

This combination of many different habitats, plus its location between North and South America, makes Costa Rica rank as one of the most biodiverse places in the world. Over 500,000 species call this amazing country home.

Luxury Beach Vacationing at its finest